We asked Bob Venezia to share some details of how he created the hosta photos he showed at the June 2013 meeting.
As many of you know, my W3 is normally attached to my Cyclopital macro adapter. The adapter with the camera is a really fine combination and opens the door to new possibilities. Besides reducing the interocular spacing the adapter provides a hot shoe, opening the door to off-camera flash. And I love the off-camera flash! 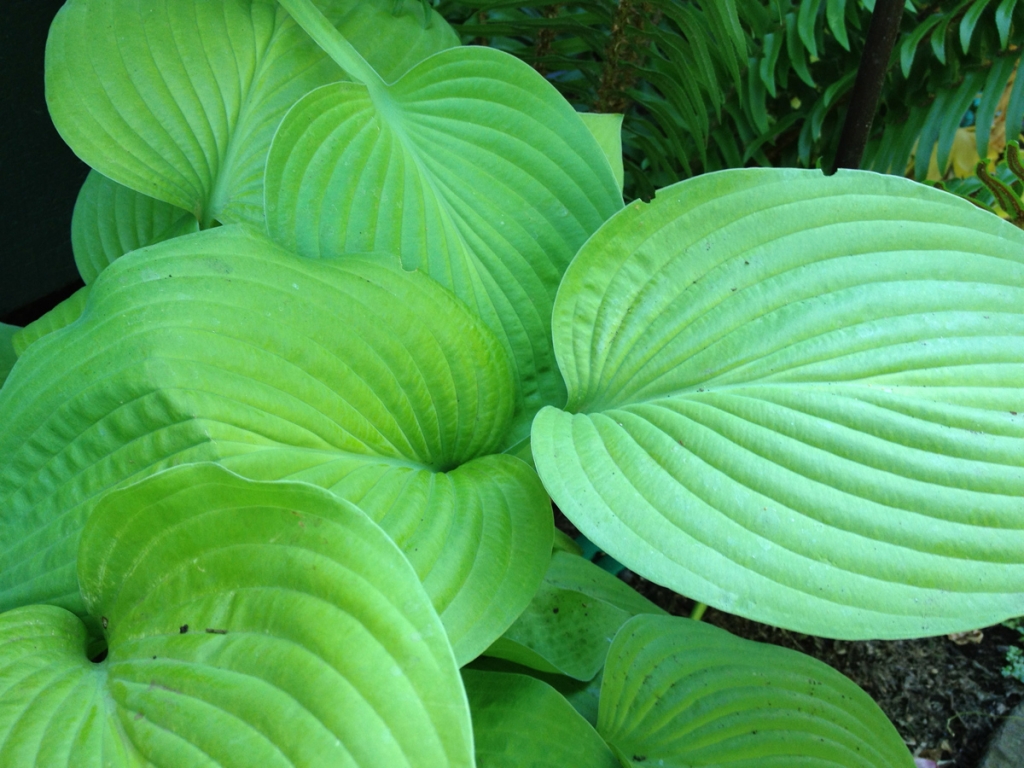 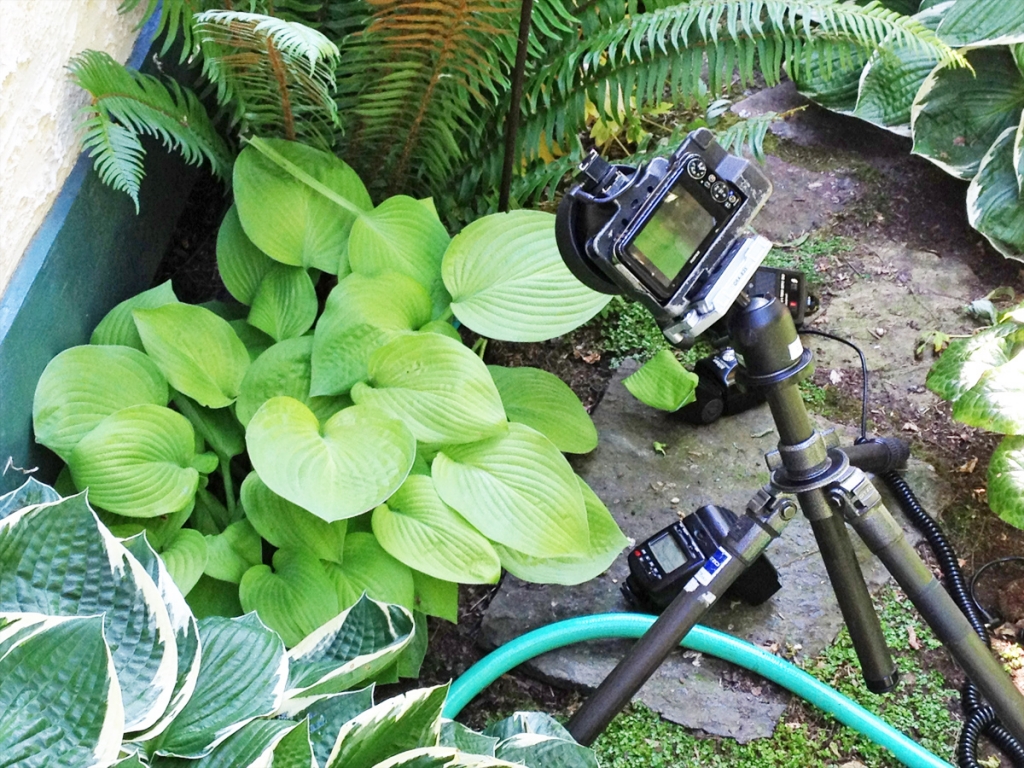 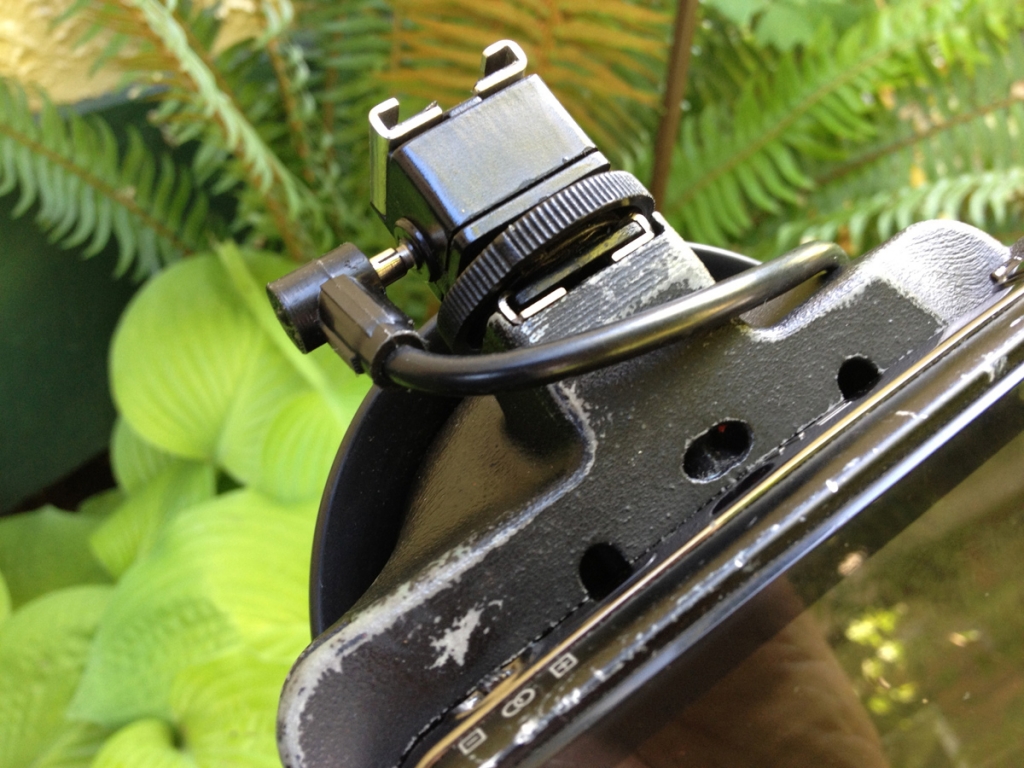 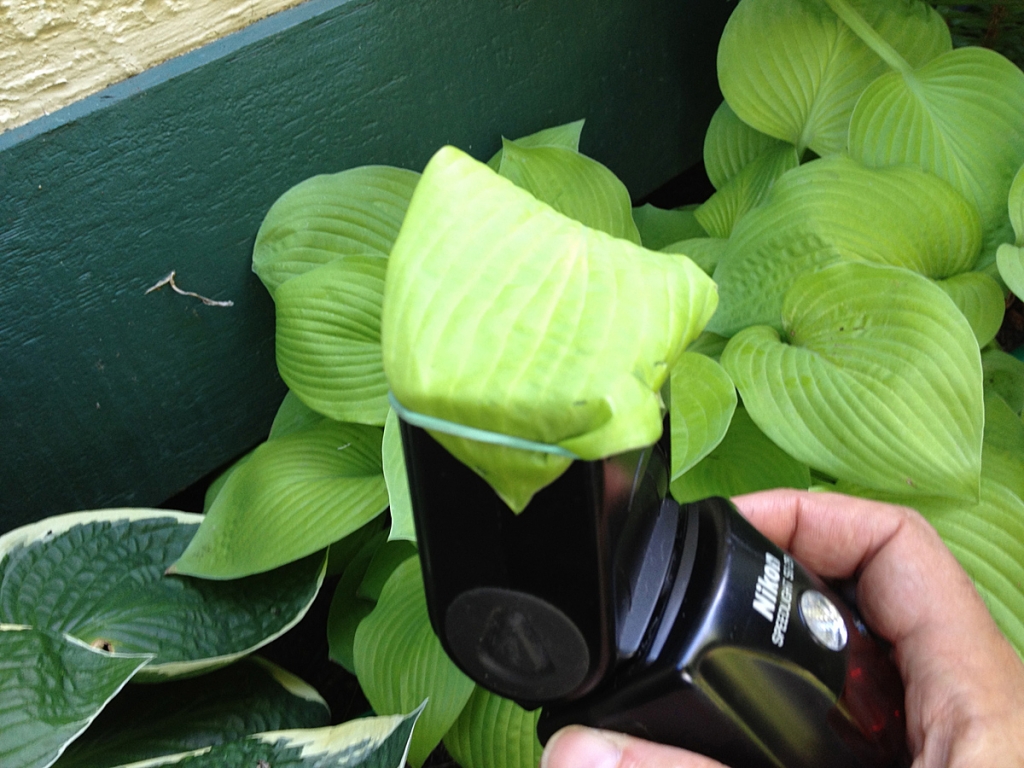 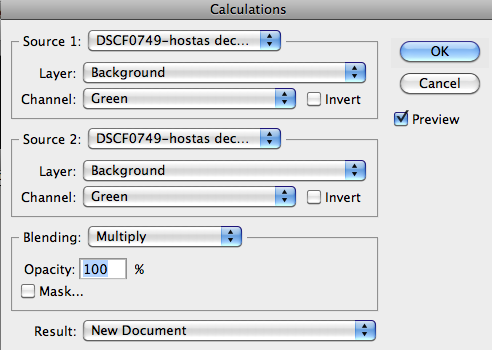